What does an Engineer do ?

An Engineer (Engologist) is a person with a University degree or equivalent in Engineering. A degree is what you get when you finish in University. In the Secondary or High School it is the leaving Certificate or Junior Cert or some such that you get.

Have you ever crossed a bridge, made a telephone call or flown somewhere in a plane? If so, you’ve experienced the work of engineers, first-hand.

Engineers design the satellites that orbit our planet, undertake oil exploration in the ocean, build tremendously-tall skyscrapers and even create computers like the one you’re using right now.

Basically, they use math and engineering science to create and build most of the products, buildings and structures we see every day.

Sounds hard? Well, what would you think about being able to design and construct the most versatile skateboard; or the most powerful computer chip; the roughest, toughest mountain bike; or the scariest, but safest, roller coaster?

And that’s just some of what engineers can do! They put their scientific knowledge and design skills to practical use in many ways. Engineers work in many different fields, or disciplines.

There are many kinds of Engineers because an Engineer who designs Skyscrapers might be no good at designing Computers. You know from playing Sports that some Kids might be good at playing soccer but are no good at Rugby. 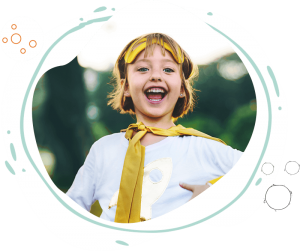 Mechanical and Aeronautical Engineers: They design things that move such as Rockets, Engines, Satellites, Motorbikes, Cars, Robots, Spacecraft, and so on.

Aerospace Engineers: These are the “high flyers” of the engineering world. For example, it was Canadian aerospace engineers who designed the Canadarm on the space shuttle. They also design, construct and test aircraft and their components.

Structural/Civil Engineers: They design buildings such as Skyscrapers, Bridges, Apartments, and other type of Structures. They have to make sure that they don’t fall.

Electrical Engineers: They design Electrical Goods, Electrical Grids that bring electricity to homes, Electrical Gadgets such as Toasters, Cookers, Fridges, Washing Machines, Generators, and so on.

Chemical Engineers: Working with anything from cosmetics to explosives to food, they design safe production processes and new products.

Environmental Engineers: They try to keep our country clean by preventing and controlling pollution. They look for new recycling methods and ways to clean up hazardous dump sites. They also develop equipment to monitor and control pollution.

Other types of engineers include: materials, mineral and mining, industrial, agricultural, computer/software, marine and ocean and petroleum.

So you see that the work of Engineers can be very interesting.